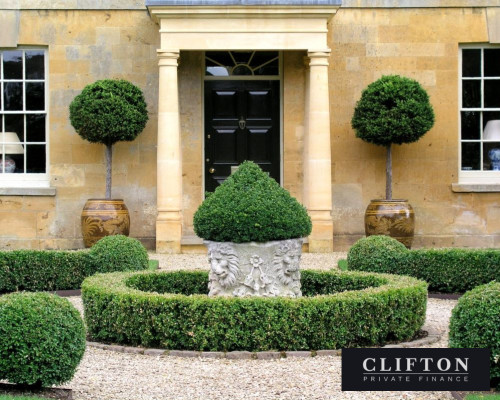 Interest only mortgage with flexible overpayment for UK expat in Bahamas

Some lenders won’t touch expatriate mortgages. Others change their criteria, leaving even their established borrowers high and dry on a standard variable rate, when their fixed term comes to an end. A well-connected broker will find the lender who will consider your circumstances in the most favourable light.

Our client is the CEO of a financial services company in the Bahamas who owns a £3.5M Grade II-listed rural property outside Bath where his wife and children live while the children are at school.

His fixed-rate mortgage had ended four months previously and reverted to his lender’s SVR: their lending criteria in relation to expatriate borrowers had changed and they weren’t willing to offer him a new fixed-term rate.

As a result he was paying a hefty 4.99% while he tried to find an expatriate lender who would give him the level of borrowing he needed.

Some lenders treat tax-free expatriate earnings as though they will be taxed, and then take off an additional 25% to allow for currency fluctuations. So once you’ve lost half your income to a notional highest-rate tax band, and another 25% off the top, even the most generous expat remuneration package won’t support a mortgage of this size.

And then he came to us.

There were a few major issues that needed to be worked around.

We sent our client’s CV along with the property details to a specialist building society who then felt sufficiently confident in his background, and the relatively low level of exposure, to be able to offer a very competitive three-year discounted expatriate mortgage at less than half the SVR he had been paying.

The mortgage product is interest-only, but allows over-payment of up to a substantial 20% per year, which suits our client’s remuneration pattern.

What’s more, the lender contributed £700 towards the valuation costs, and charged a flat-rate product fee of just £850.

It was a quite a complex arrangement, but we had an agreement in principle that was being actively progressed by the lender within three days.