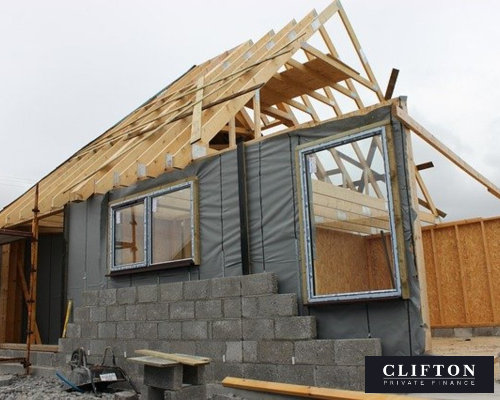 Light refurbishment bridging loan to finish a self build

This wasn't a heavy-hitting amount of finance that was needed, but it was such an admirable building project being undertaken by a determined young owner-builder that it was a pleasure to be able to source the finance that would get him over the line.

Our client is an ambitious 32-year-old self-employed bespoke car parts finisher who was building his own home.

Living with his parents, and making £70K a year from his business, he’d saved enough to buy his plot of land (for £120K) and get his house built to wind and watertight stage (approx. £100K in build costs).

He now needed £100K to do all the interior works to finish the build, and complete the necessary landscaping.

This wasn’t the easiest finance to set up: a lot of lenders aren’t comfortable with the regulated lending (because it’s his own home) on a project like this.

Others would look at the remaining works to be done and class it as a heavy refurbishment (on more expensive finance), or a partial development.

And some of them will be wary of a self-build, because they think the owner’s going to take longer and do the work to their own taste and more exacting standards than a developer who’s using a standard design and materials and getting the job done as efficiently as possible.

We took this application to a lender we do a lot of work with, who has a light refurbishment bridging loan product that would work well for this project.

They valued the shell property in its current state and location at £350K, and were happy to put up the finance required at 0.54% a month, for a maximum 12-month term.

Our client aims to have works completed within six to eight weeks, and refinance out of the bridge on a standard mortgage, with a capital raise to repay himself for some of his time and labour.

More about our bridging loan service