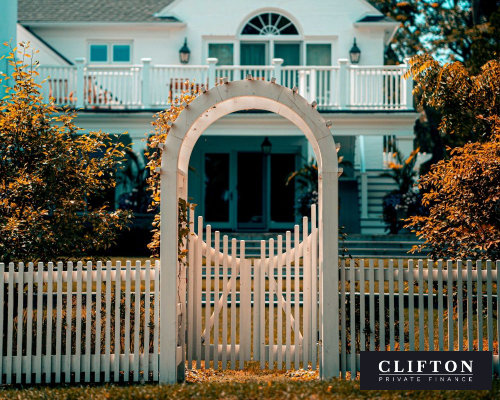 Our contractor/developer client needed a modest amount of finance to keep his project on track.

He was building two houses on a single plot: one was 8 weeks away from completion, the other was yet to be started.

He wanted to split this borrowing between completing work on the first house and getting the second build underway.

He has a small outstanding mortgage on his home, and was looking for a second-charge bridging loan secured against it.

He’d already spent a few weeks with another broker trying to set up finance unsuccessfully. He now needed to move fast, and he needed a deal that would stick.

We’d worked with his brother earlier in the year, setting up finish-and-exit finance on his own development project, and he recommended our services.

Bridging finance is a "regulated" loan if it’s related to a property that has been – or will be – the borrower’s own home.

But not if the loan is for business purposes – as this one was.

Except that… our client was intending to move into the first of these two houses to be completed: that makes this a regulated loan.

If a broker doesn’t ask the crucial question “what are you intending to do with this development property when it’s finished?” they might take the submission to a lender who only handles unregulated loans. The borrower’s application could be a long way through the process before it becomes clear that it won’t proceed.

We took our client’s call on a Saturday, had a decision in principle for him by the following Monday, and a firm offer four working days later. Fast, even for us.

The lender we took his application to was happy to do a quick £99 desktop valuation on the house: because it’s a second charge loan, and the LTV was low.

A nice little bonus for our client: the valuation of his home for £650K was £50K more than he was expecting.

The lending we arranged is at a market leading rate, with the exit being the sale of his present home, which is already on the market.