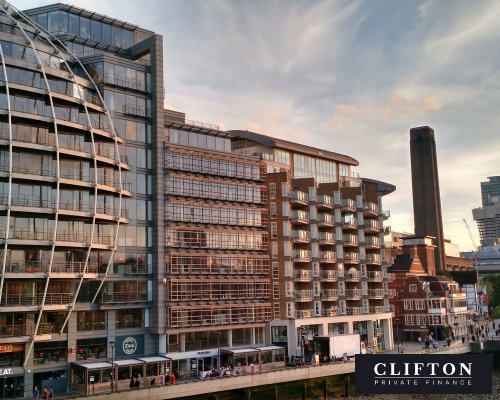 Our client is an airline executive who’d been working in Kuala Lumpur but had returned to the UK with his wife four months’ previously to take up a new role in London. They were planning to buy a home in Hertfordshire.

He already owned two buy to lets in London, and aimed to remortgage one of them, valued at £480K, to raise the deposit they needed.

The challenge: he had already left his previous employer seven months previously: under the terms of his leaving package was not allowed to start work with a competitor company for six months.

Surprisingly, the BTL remortgage was the most challenging to set up: most BTL lenders want clients to have been resident in the UK for at least three years, certainly for the past two years.

If we were to avoid our client being hit with an expat rate there was in fact only one lender who would accept him.

On the residential mortgage, lenders don’t like long gaps in employment. On the basis of their published criteria, the lender we were recommending wouldn’t have considered our client’s application: when the application was being submitted he’d only been with his new employer for a matter of weeks.

Fortunately, private lenders are able to be more flexible than high street banks. And our ongoing relationship with the underwriter meant that we were able to reassure them that the gap in employment was in fact due to our client’s desirability within his employment sector.

1 Optimising deposit payment: Our client was looking to raise as much as possible as a mortgage on his purchase, intending to hold back some funds from the BTL remortgage to cover renovations.

But we showed him how the cost of going over the lender’s rate threshold into their above 80% LTV rateband would cost him an additional £6,000 in interest over the five years of his fixed mortgage term

As a result, our client decided to put in an additional £17K as deposit to qualify for the better rate.

2 Accessing the surveyor’s comments: We secured free valuations on both properties, adding up to a considerable saving for our client.

There’s no process for lenders to share the results of free valuation reports, but we rang to ask if there were any surveyor’s comments.

The issue of possible flood risk had been raised on the purchase property (though it wasn’t a bar to lending). We were able to pass this on to our clients as a guide for their own enhanced valuation survey they were commissioning.

3 Fine-tuning drawdown: Our client expected to access the BTL remortgage funds straight away. We persuaded him to delay drawdown until a week before completion on the purchase was due, to save on interest costs.

Get in touch today and find out how I can help.

Do you need help sourcing your own property finance?

I have extensive experience securing UK mortgages for expat clients. Book a free telephone consultation with me at a time to suit you

Are you in need of a similar type of property finance?

Book a free telephone consultation with one of our bridging specialists today and see how we can help you.

As a specialist bridging adviser at Clifton Private Finance, I can take a holistic view of your situation and find the right finance solution for you. Book a free telephone consultation with me at a time to suit you

I specialize in helping international clients source residential and investment property finance for UK property. Book a free telephone consultation with me at a time to suit you

Is your situation similar to this? I specialise in helping clients who need creative development finance solutions, and second-charge mortgages. Give me a call any time and we can set up a detailed discussion of the finance you need. customDatabaseField-8455

Book a telephone consultation at a time that suits you:

I have extensive experience finding residential and investment property finance for UK and international clients. Book a free telephone consultation with me at a time to suit you.

Is your situation similar?

I am a bridging finance specialist at Clifton Private Finance. I can find a quick, cost-effective solution for the funding you're looking for. Book a free telephone consultation with me at a time to suit you

Is your situation similar to this? I have extensive experience of advising clients who need creative property finance solutions. Please get in touch and we can arrange a time that suits you for a detailed discussion of your requirements. customDatabaseField-8455