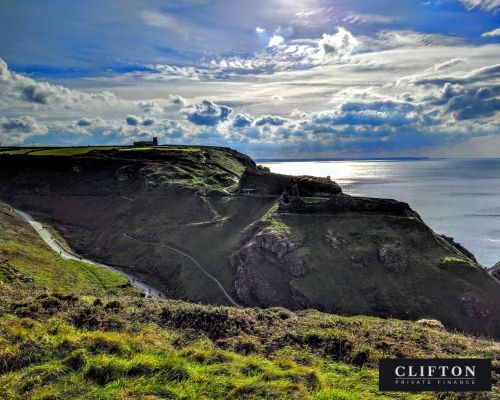 Our clients, a couple in their 50s, were quitting the London rat race and heading for the good life in Cornwall. One daughter was just finishing high school, the other was already off to university.

The husband had resigned his job as head of IT for a major credit agency in London, and had taken a 30K pay cut to work for an IT company based in Bodmin. He was already there, living in rented accommodation, while his wife was trying to get their 4-bed Victorian semi in Bedfordshire sold, at the same time as house-hunting in the Bodmin area.

She found the home that was going to clinch the move for her: a 5-bed house in Bodmin which they could buy for £405K. With their Bedfordshire home valued at £545K they looked to have a nice small mortgage for their new lifestyle – but only if they could act quickly.

We arranged a blended charge bridging loan for them, with a 1st-charge mortgage on the property they were buying, and a 2nd charge on the home they were selling.

We raised £450K to cover the Bodmin house purchase and the double stamp duty they would owe because owning two properties, plus an amount to consolidate some debt until their Bedfordshire house was sold. They were delighted to be able to complete the deal.

We would like to thank Sam from Clifton Finance who helped and supported us through our complex move to Cornwall. He advised and helped us secure a bridging mortgage, which enabled us to be in our new home now. Many thanks again from the Samm Family