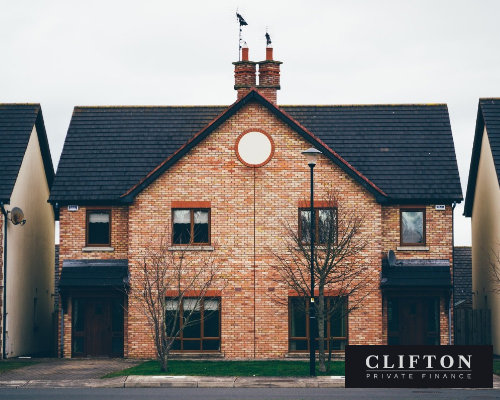 No need to make a drama out of a tight timetable. Bridging finance can be quick. Or inexpensive. But whenever possible, we make it both.

Our client is an older gentleman downsizing to move nearer to family: from the pretty village of Cosby in Leicestershire to Market Rasen in Lincolnshire, an hour and a half up the A46.

He had found absolutely the property he wanted in Wragby, and was keen to put down a 10% deposit to secure it. He also wanted to consolidate some debt and pay off the outstanding £14K mortgage on his Cosby home.

A bridge of just £45K was enough to achieve what he wanted, which gave us a sub-50% LTV to find him the best deal.

We found a lender who would do a £99 online valuation, who would share their legal services with him, and were offering a rate of just over half a percent.

As soon as our client's purchase offer was accepted we could submit his application to the bank, and the money was in his account eight working days later.

He expects to have his house sold in a couple of months to exit the deal. But even if it takes the maximum of a year the finance will have cost him just over £6K, which he considered a reasonable investment to get the house he wanted at the price he’d offered.

Can we secure similar fast bridging finance as quickly for you?

This client’s low LTV requirement and clean credit history widened the field of available lenders. And his clean sale-of-property exit meant there was no need to establish his income for a remortgage exit.

We could approach a lender who would do an online valuation, allowing us to give our client a clear indication of how quickly he’d have an offer. He was delighted to be able to proceed.