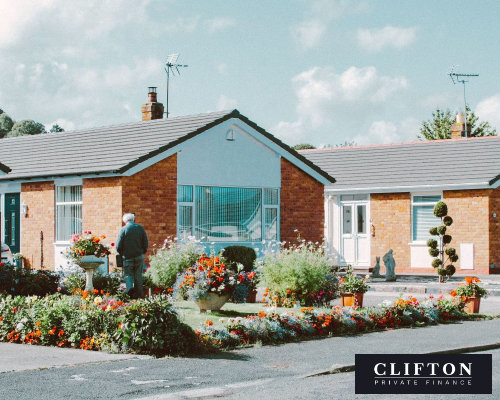 Our client was up against it by the time he came to us.

He had a bridging loan on a property that was coming to the end of its term. A complex situation meant he was unable to put the house on the market to repay the loan, and he was in danger of losing the property.

How had it come to this?

He owned a semi-detached two-bedroom rental property which he planned to put on the market for £180K. A developer had approached him with an offer: persuade your adjoining neighbour to sell as well, and I’ll pay £500K for both properties.

It meant an extra £65-70K in hand for our client. But there were two conditions to the offer:

The neighbour was very willing to come in on the deal, and our client was keen to push ahead because he already had a £90K bridging loan against his house which was coming to the end of term.

Against advice, he exchanged contracts with the developer.

But now the neighbour was having difficulty getting his tenants out, and our client was unable to put his house on the open market because it would put him in breach of contract with the developer.

We needed to arrange refinance for £100K (capital raising an additional £10K to cover some legal costs).

The neighbour’s tenants were persuaded to sign a "deed of surrender" to say they would vacate the property.

The long-stop date on the original contract with the developer was now out of date: a new "deed of variation" was signed with a new long-stop date.

It was a complex deal The interest rate we got for our client wasn't a bargain rate, but reasonable considering the adverse circumstances, and he holds onto his property and still stands to make the additional £65K profit.