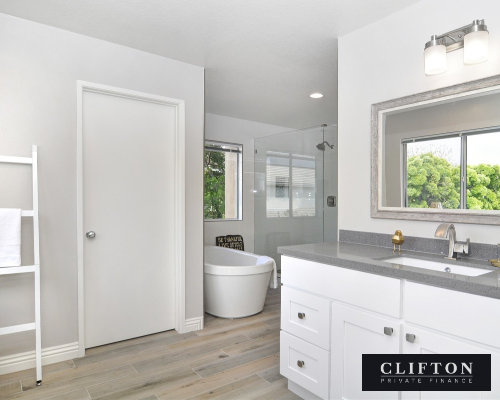 Cash for home improvements raised on a rental property

Finance for home renovations without saddling yourself with long-term debt? A second-charge mortgage with no early repayment charges was the answer.

Our client wanted to pay for some renovations on his home in Warrington – but he didn’t necessarily want to carry the debt long-term by extending his residential mortgage. The sum he wanted - £40K – was larger than he could access as personal loan from his bank.

The answer was to take out a second charge mortgage on his nearby rental property, which was valued at £335K.

We found him a variable rate capital repayment deal, over 20 years for 5.99%, that would cost him a manageable £292 a month.

Why this deal (a variable rate, and capital repayment only)?

Because this was the only second-charge mortgage product available on a buy to let that didn’t have any early repayment charges.

And our client was keen to remortgage his main residence as soon as the building works were completed, using the added value on the property to pay off this extra lending.

Attaching it as a second charge behind his original BTL mortgage left his original low fixed-rate intact keeping his overall borrowing costs to a minimum.