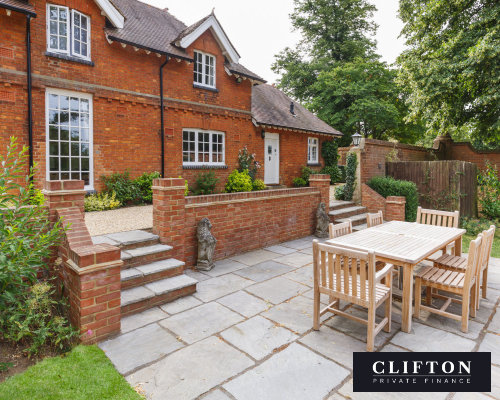 Our client was 68, coming up for retirement, and keen to buy the property he’d had his heart set on in Devon.

He was a HNW earner, his current £1.2M home in Surrey was mortgage-free, and he had other assets to draw on (rental properties, and a classic car collection).

But his age, and the term of a mortgage which would take him well beyond retirement, was going to be a challenge for lenders.

When the house he’d always wanted came on the market he approached his current bank.

They were going to want to mortgage both his Surrey home, and the house he wanted to buy: already two sets of set-up costs. But the surveyor they sent to do the valuation of the Devon property didn’t like the type of foam insulation and gave it a nil valuation. Unhelpful…

We approached a private bank on his behalf who were willing to look at mortgaging just his current home, plus a £250K rental property he owns mortgage-free that they're not requiring a valuation on, with no charge against the next home he’s looking to buy.

Considering his age we would be looking at a mortgage with a maximum term of five years.

For a million-pound mortgage on the standard capital repayment terms he was previously offered, the monthly repayments (at 3.25% over base) for a mortgage term of five years would have been an eye-watering £18,400 a month.

A stretch for even the highest of HNW individuals.

The best option for him was going to be interest-only. At the same interest rate the monthly costs are going to be a much-more-palatable £3,330 a month, with a 1% lender’s fee.

Most importantly, we could find a mortgage for him that has no early repayment charges for the whole term of the loan.  Our client is planning to have it paid off by the sale of his Surrey home.

UPDATE: In the time it took for our client to settle on an alternative West Country property he wanted to buy, his Surrey home was downvalued by £100K - as many prime rural properties have been, during continuing Brexit uncertainty.

He was already at the maximum 75% LTV any lender would consider for a loan of this size (and a borrower of his age). To make up the £75K shortfall of  this kind of borrowing our client would have to liquidise some assets.

We persuaded the lender to extend over their 75% LTV. The additional £75K is on a capital repayment basis, but the repayments are still very manageable.